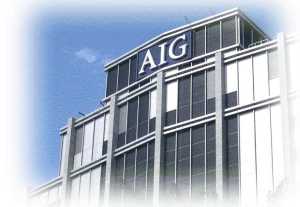 I never knew how entertaining C-SPAN could be until yesterday.  I tuned in just in time to see House Republicans square off against House Democrats about the so-called (by our President) ‘shocking’ bonuses given to AIG executives.  The only shocking thing about the situation is how stupid the White House along with House and Senate Democrats must believe us all to be.  They feigned outrage, gnashed teeth and dodged questions as House Republicans pointed out over and over again that these same individuals had voted this provision into law when they voted in favor of the 1,100+ page American Recovery and Reinvestment Act.   Here is the exact provision from the bill; (iii) The prohibition required under clause (i) shall not be construed to prohibit any bonus payment required to be paid pursuant to a written employment contract executed on or before February 11, 2009, as such valid employment contracts are determined by the Secretary or the designee of the Secretary.

President Obama, Harry Reid and Nancy Pelosi created this situation by insisting the American Recovery and Reinvestment Act be passed immediately.  This ensured that no one had the time to read it let alone debate any aspect of it.  The nation was in crisis and we needed to act quickly and blindly in order to save our very existence.  Look at where it has gotten us.  We have Barney Frank demanding  that Edward Liddy, CEO of AIG, reveal the names of the executives that received the bonuses he approved when he signed a bill he hadn’t read.  Liddy said he would not do so unless Frank could ensure the safety of the executives.  Frank scoffed at this, and threatened court action to obtain the names.  Demanding the names of American citizens, in a public forum, that did nothing more than receive a monetary bonus that Representative Frank voted for himself is deplorable.  What purpose does it serve to share these innocent individuals’ names other than to make them targets?  A lightening rod for the American people’s anger to strike, while Frank and his Democrat cohorts quickly pass a new, unconstitutional law, which will strip these executives of 90% of the Congress-approved bonuses they received.

At the same time we have the White House and the Treasury Secretary claiming ignorance.  They had no idea the provision existed.   This claim is a a blatant lie, an insult to my intelligence and that of my fellow citizens.  Despite my public school education and state university degree, I am literate.  I had no difficulty reading and understanding the language clearly laid out in the aptly named; TITLE VI – EXECUTIVE COMPENSATION section of the bill.  I can easily explain why no one seems to have read this portion as it appears at the tail end of the mammoth bill which no one could bear to read in its entirety.

Ladies and gentleman, our Congress and President believe you to be completely devoid of intelligence, in fact they are counting on this.  They aim to stoke the flames of class envy.  They want you to be angry with a group of executives who did nothing illegal. In fact they played by the rules established upon the passage of the American Recovery and Reinvestment Act.  I implore you, do not let them fool you.  Demanding 90% of this money be returned makes them the only criminals in this scenario.

5 thoughts on “The Phony Outrage Over AIG Bonuses”

Tracy L. Connors is a participant in the Amazon Services LLC Associates Program, an affiliate advertising program designed to provide a means for sites to earn advertising fees by advertising and linking to Amazon.com.
Loading Comments...
%d bloggers like this: