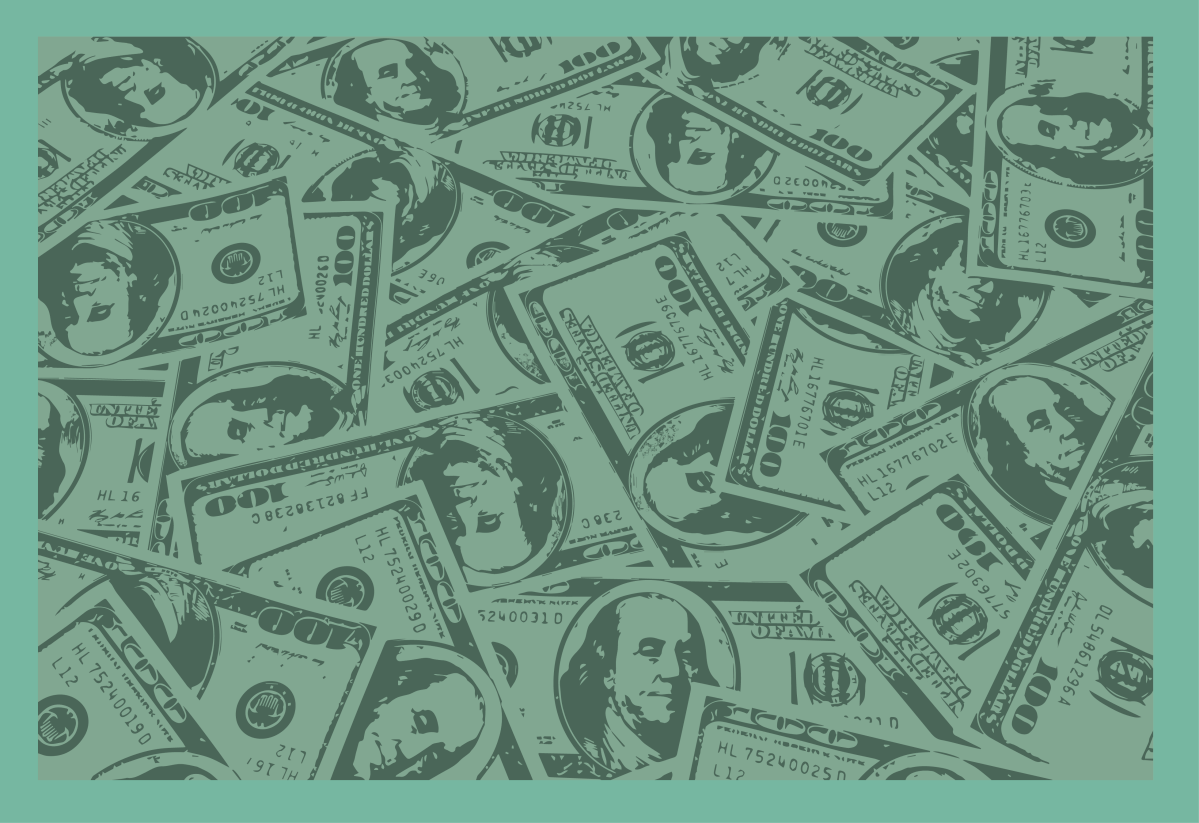 President Obama and members of congress repeatedly and vociferously proclaimed that the penalty imposed by the Affordable Care Act on those who do not purchase health insurance, is not tax.  The attorneys representing the Obama Administration before the Supreme Court argued just the opposite.

That’s right, the ever forward-looking Obama administration chose to emulate the past. They took the path forged by the FDR administration when the constitutionality of Social Security was argued before the Supreme Court in 1937 in Helvering v. Davis.

“while Roosevelt was insisting to the public that Social Security was an insurance program based on segregated funds and earned benefits, his lawyers were in Court insisting that it was no such thing – and the Supreme Court played along and betrayed the Constitution. “ – Mark Levin Liberty and Tyranny  (2009), 101

Even though this tactic is nothing new it’s still deplorable. We were lied to. We were told by our elected officials, (read servants) that in no way shape or form was the mandate a tax.

The attorneys at Landmark Legal Foundation foresaw the possibility that the Obama administration would go the FDR route and tried to cut them off at the pass.  The Amicus brief they filed, made an appeal to the court that it take into consideration the numerous, on the record remarks made by the President that the mandate was not a tax. Landmark also pointed to the fact that congress neglected to use the word ‘tax’ when crafting the language of the bill.

II. SECTION 5000A OF THE PPACA ESTABLISHES AN UNCONSTITUTIONAL TAX.

The individual mandate’s penalty provision in 26 U.S.C. Section 5000A (2011) cannot be justified as a permissible tax under any Constitutional test. Arguments proffered by the federal government that this provision constitutes a permissible exercise of Congress’s taxation authority fail under all established precedents and should be rejected by the Court.

Had Congress determined the penalty provision constituted a tax, it would have labeled it a tax and statements by members of Congress and President Obama made concurrently with its passage would have reflected as much. The federal government’s latest brief concedes the point without realizing it, referring repeatedly to Section 5000A as a “penalty.” See Petitioner’s Brief, 53, 60. Yet even if this Court assumes that Section 5000A is a tax, it still fails to satisfy the constitutional restrictions on taxes set forth in Article I, Section 9, Clause 4 (prohibition on the issuance of capitation or direct taxes unless apportioned among the states), the 16th Amendment (income tax) and the limitations set forth by this
Court as applicable to other Article I, Section 8 taxes such as excises.

It is clear that the Court chose to disregard these facts.  Instead it permitted the administration’s attorneys to make two totally unrelated sets of arguments. From the majority opinion;

‘The Government advances two theories for the proposition that Congress had constitutional authority to enact the individual mandate. First, the Government argues that Congress had the power to enact the mandate under the Commerce Clause. Under that theory, Congress may order individuals to buy health insurance because the failure to do so affects interstate commerce, and could undercut the Affordable Care Act’s other reforms. Second, the Government argues that if the commerce power does not support the mandate, we should nonetheless uphold it as an exercise of Congress’s power to tax. According to the Government, even if Congress lacks the power to direct individuals to buy insurance, the only effect of the individual mandate is to raise taxes on those who do not do so, and thus the law may be upheld as a tax.” Opinion of Roberts, C.J. National Federation of Independent Business v Sebelius

The Court determined that neither the Commerce Clause nor the Necessary and Proper Clause afford congress the power to compel citizens to make purchases. Standby for excessive legalese;

On the Commerce Clause:

“Given its expansive scope, it is no surprise that Congress has employed the commerce power in a wide variety of ways to address the pressing needs of the time. But Congress has never attempted to rely on that power to compel individuals not engaged in commerce to purchase an unwanted product.3
Legislative novelty is not necessarily fatal; there is a first time for everything. But sometimes “the most telling indication of [a] severe constitutional problem . . . is the lack of historical precedent” for Congress’s action. Free Enterprise Fund v. Public Company Accounting Oversight Bd., 561 U. S. ___, ___ (2010) (slip op., at 25) (internal quotation marks omitted). At the very least, we should “pause to consider the implications of the Government’s arguments” when confronted with such new conceptions of federal power. Lopez, supra, at 564.
The Constitution grants Congress the power to “regulate Commerce.” Art. I, §8, cl. 3 (emphasis added). The power to regulate commerce presupposes the existence of commercial activity to be regulated. If the power to “regulate” something included the power to create it, many of the provisions in the Constitution would be superfluous.” Opinion of Roberts, C.J. National Federation of Independent Business v Sebelius

On the Necessary and Proper Clause:

“The power to “make all Laws which shall be necessary and proper for carrying into Execution” the powers enumerated in the Constitution, Art. I, §8, cl. 18, vests Congress with authority to enact provisions “incidental to the [enumerated] power, and conducive to its beneficial exercise,” McCulloch, 4 Wheat., at 418. Although the Clause gives Congress authority to “legislate on that vast mass of incidental powers which must be involved in the constitution,” it does not license the exercise of any “great substantive and independent power[s]” beyond those specifically enumerated. Id., at 411, 421. Instead, the Clause is “‘merely a declaration, for the removal of all uncertainty, that the means of carrying into execution those [powers] otherwise granted are included in the grant.” Kinsella v. United States ex rel. Singleton, 361 U. S. 234, 247 (1960) (quoting VI Writings of James Madison 383 (G. Hunt ed. 1906)).” Opinion of Roberts, C.J. National Federation of Independent Business v Sebelius

Sounds like case closed to me.  Clearly we’ve established that congress has no constitutional authority to force citizens to use the fruits of their own labor to purchase a good or service they otherwise would not have.

But hold on a minute! We have to allow the government’s attorneys to make the asininely absurd assertion that it’s completely irrelevant that congress never used the word tax when describing the mandate.  We should give them the benefit of the doubt that when they wrote penalty they really meant tax.

“It is of course true that the Act describes the payment as a “penalty,” not a “tax.” But while that label is fatal to the application of the Anti-Injunction Act, supra, at 12–13, it does not determine whether the payment may be viewed as an exercise of Congress’s taxing power. It is up to Congress whether to apply the Anti-Injunction Act to any particular statute, so it makes sense to be guided by Congress’s choice of label on that question. That choice does not, however, control whether an exaction is within Congress’s constitutional power to tax.” Opinion of Roberts, C.J. National Federation of Independent Business v Sebelius

Had the government argued the constitutionality of the mandate based solely upon the claim that congress is permitted to compel the purchase of a good or service under the powers granted to it by either the Commerce Clause or the Necessary and Proper Clause, the mandate would have be struck down.

But thanks to the twisted, illogical, and dictionary-changing decision of a majority of justices, we will all be subject to a brand new tax. When I say we, I mean those of us who pay income taxes, we will be subjected to this new tax;

“The exaction the Affordable Care Act imposes on those without health insurance looks like a tax in many respects. The “[s]hared responsibility payment,” as the statute entitles it, is paid into the Treasury by “tax- payer[s]” when they file their tax returns. 26 U. S. C. §5000A(b). It does not apply to individuals who do not pay federal income taxes because their household income is less than the filing threshold in the Internal Revenue Code. §5000A(e)(2). For taxpayers who do owe the payment, its amount is determined by such familiar factors as taxable income, number of dependents, and joint filing status. §§5000A(b)(3), (c)(2), (c)(4). The requirement to pay is found in the Internal Revenue Code and enforced by the IRS, which—as we previously explained—must assess and collect it “in the same manner as taxes.” Supra, at 13–14. This process yields the essential feature of any tax: it produces at least some revenue for the Government. United States v. Kahriger, 345 U. S. 22, 28, n. 4 (1953). Indeed, the payment is expected to raise about $4 billion per year by 2017. Congressional Budget Office, Payments of Penalties for Being Uninsured Under the Patient Protection and Affordable Care Act (Apr. 30, 2010), in Selected CBO Publications Related to Health Care Legislation, 2009–2010, p. 71 (rev. 2010).

Tyranny, it’s all the rage. 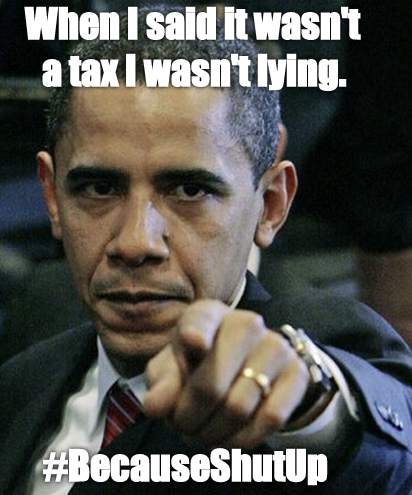 Tracy L. Connors is a participant in the Amazon Services LLC Associates Program, an affiliate advertising program designed to provide a means for sites to earn advertising fees by advertising and linking to Amazon.com.
Loading Comments...
Comment
×
%d bloggers like this: